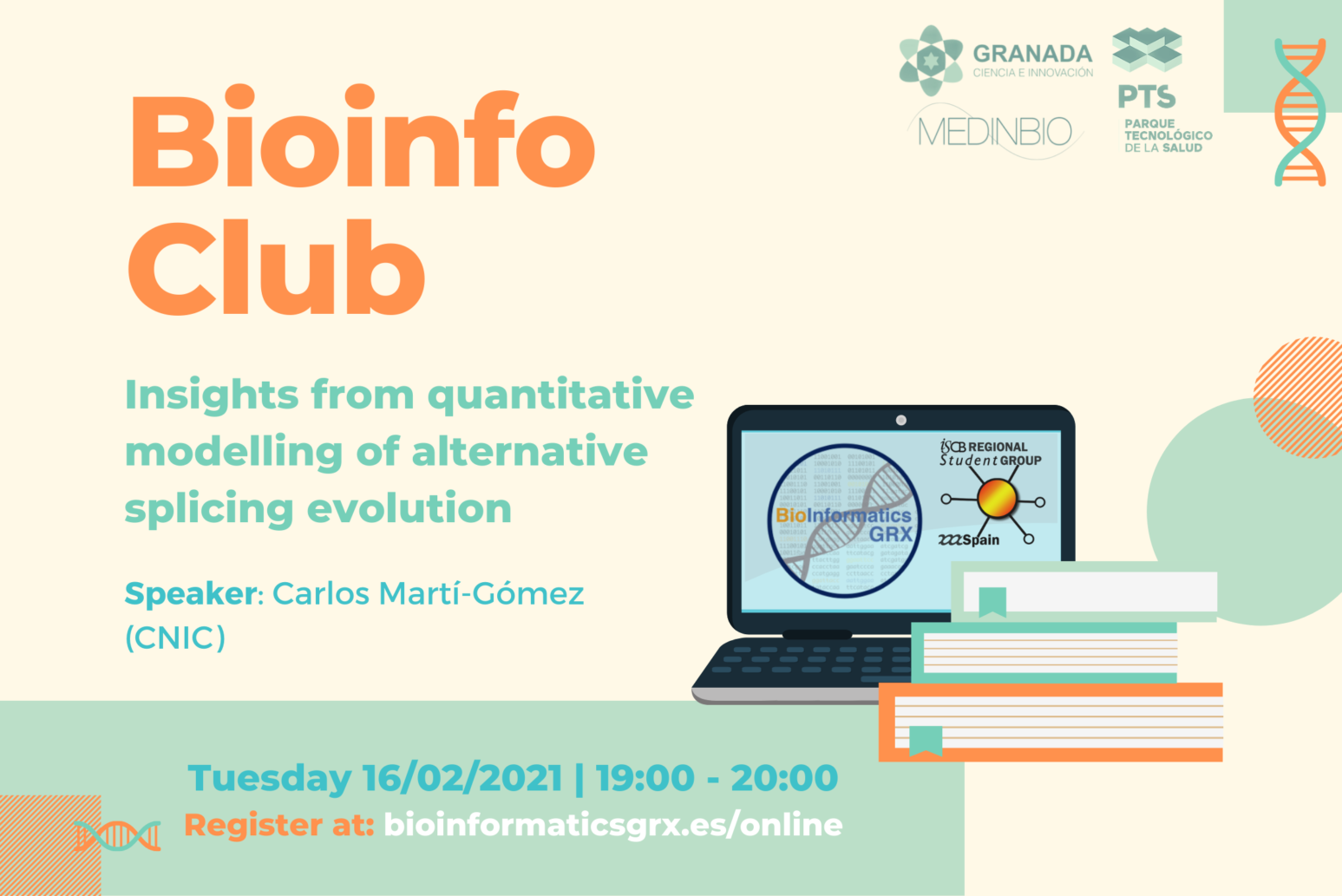 Alternative splicing (AS) enables the generation of different transcript isoforms from a single gene. 95% of human multiexonic genes produce more than a single mRNA through AS and there are many well established examples of how AS can produce mRNAs encoding proteins with different functionality. However, as in any biological process, errors occur during the processing of the pre-mRNA. To what extent the observed transcriptomics diversity derives from splicing errors or functional AS remains controversial. In this work we will study how AS patterns have evolved during mammalian diversification and try to dissect the role played by natural selection. We will show how models of evolution of quantitative traits can help us better understand the contribution of AS to transcriptome diversity and their evolutionary implications at a genome-wide level.

This work is licensed under a Creative Commons Attribution 4.0 International License.